Provision of Buildings for Research and Development Organisations in Russia

The new issue of the newsletter "Science, Technology, Innovation" series presents a specialized survey conducted by the HSE Institute for Statistical Studies and Economics of Knowledge commissioned by Ministry of Education and Science of the Russian Federation.

In general, R&D organisations have in possess 46310 buildings, nearly a quarter of them (23%) — specialised buildings; 2% are historical and cultural monuments.

Nearly two-thirds (62%) of buildings are owned by research institutions; 15.9% by institutions of higher education; 11% by engineering, design-and-engineering and technology organisations.

The availability of the organisation’s own building allows to create a comfortable environment for the implementation of research activities, but entails additional obligations and costs, as a result organisations don’t often occupy whole building, but only a few rooms. During the period of 2011–2015 the total area of ​​room space occupied by the R&D sector increased by 7.9% and amounted to 74.1 million square meters in 2015 and more than half of them falls on the research institutes, the fifth part — on the educational organization of higher education.

Some progress has been made in the area of technical status of all the premises occupied [...]by the R&D organisations: in four years the area of buildings, premises, requiring major repairs, decreased by 20%; the amount of the buildings in a poor condition decreased by 30%. In 2015, the total area of the buildings that require an overhaul amounted to 11.1%, buildings in poor condition — 1%, whereas the same figures in 2011 showed 15 and 1.6%, respectively.

R&D organisations use floor area of buildings, premises primarily for professional purposes (91.9%), less than 5% of the area are given for rent. The total area of the premises which are given for rent decreased 1,4 times in comparison with 2011. 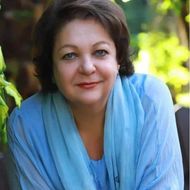