The Commonwealth of Independent States needs a new development agenda, distinct from the model based on the export of raw materials. Ways in which HSE can strengthen foresight as a basis for a long-term partnership with the CIS countries in the field of R&D were discussed at the 20th meeting of the Interstate Council for Cooperation in STI (June 27—28, HSE and Business and Cultural Complex of the Embassy of the Republic of Belarus in Russia).

‘Science is an expensive sphere in terms of both creation and promotion of scientific results,’ said Sergey Matveev, Director of the Department of Science and Technology of the Ministry of Education and Science of the Russian Federation, who also noted that the CIS countries have certain problems with showcasing scientific achievements. Moving towards a more efficient use of distributed scientific infrastructure, the meeting participants paid special attention to issues such as creation of an interstate network of centres of collective usage, formation of registers of competence centres and technology transfer centres, interstate library subscription system, etc. In addition, HSE First Vice Rector and ISSEK Director Leonid Gokhberg noted that the CIS countries ‘underutilize the potential of integration in the field of S&T policy.’ HSE, together with the Ministry of Education and Science of the Russian Federation, are currently studying best practices in managing scientific research and S&T results. The outcomes of this project can advance cooperation among the Commonwealth states to a new level. 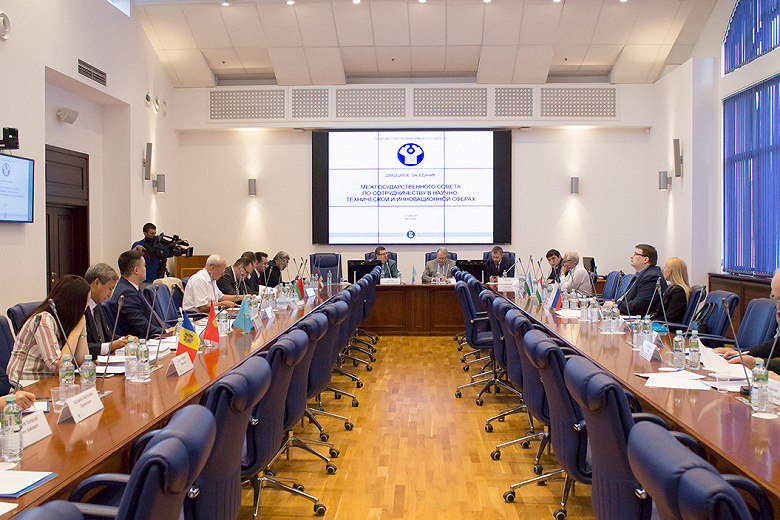 The future is becoming increasingly uncertain; markets are changing radically, and various sectors of the economy will acquire a completely different look in a few years, Leonid Gokhberg said. To be more competitive, it is necessary to track new technological developments and constantly improve the tools for this work. HSE First Vice Rector demonstrated the capacity of the iFORA system, developed at the HSE ISSEK Foresight Centre with the aim to identify new markets and trends in technology by means of big data intelligent analysis. The presentation made a positive impression on the audience, and the tasks of forming a system of S&T forecasting for the CIS member states and identifying priorities for STI cooperation using the HSE iFORA system were reflected in the protocol of the Council meeting.

A number of issues that were discussed at the Council meeting concerned the Interstate Programme for Innovative Cooperation of the CIS Member States for the period until 2020, which was developed with active participation of Higher School of Economics. In the planned actualization of the document (for the period up to 2030), a vector on the formation of an overall strategy for S&T development can be reflected. A number of participants of the Council meeting (among others, representatives of Kazakhstan and Armenia) emphasized the need for such a strategy. As an example, the creation of a common S&T area between Russia and Belarus can be taken, which was described by Alexander Shumilin, Chairman of the Interstate Council for STI Cooperation and Chairman of the State Committee on Science and Technology of the Republic of Belarus.

It was agreed to hold the next meeting of the Council in the capital of Armenia in October 2017.