Tatiana Kuznetsova, Director of the Institute for Statistical Studies and Economics of Knowledge Centre for S&T, Innovation and Information Policy, received the award “For Faultless Service to the City of Moscow for XL Years” in recognition of the many years of her productive work for the benefit of the City of Moscow and its residents (the Mayor of Moscow’s executive order of 6 October, 2017 № 75-UM).

Major projects the centre’s staff participated in include designing the development strategy for the town of Troitsk – a necessary requirement for extending its “Science Town” status.

The coverage of this event at the HSE portal also lists other HSE staff members decorated by the Moscow City Government to mark HSE anniversary. 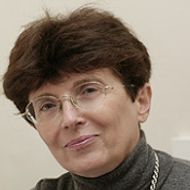