The World Cup Did Not Change the Economic Mood in Russia

While the degree of pessimism of elderly consumers continues to decline, the optimism of young people has declined for the first time in the last 2.5 years. Almost a quarter of the population is still dissatisfied with their financial situation; income of half of the families do not allow them to make large purchases.

— According to a survey of consumers conducted by Rosstat in the second quarter of 2018, the population has done very little in reaction to a number of significant events in recent months. The actively discussed pension reform, which affects all age groups, may be included in this list. One it promises a few extra years of waiting for pension payments, for others — increase in real state pensions. Secondly, the Ministry of Finance of the Russian Federation announced the increase of the VAT (value added tax) from 18% to 20%, which will inevitably lead to an additional increase in consumer prices by at least 1%, since the vast majority of goods and services included in the consumer basket are taxable by VAT.

If the VAT is increased, a minority of entrepreneurs will follow the civilized path, minimising the costs of productivity growth and implementing of a series of innovations in the production process. Many, unfortunately, will apply tested mechanisms: staff reduction, salary reduction, pushing company partly into the shadow economy or transferring tax burden to the cost of the final product. This will have a negative impact on the population and, accordingly, on the dynamics of the consumer confidence index.

Most likely, the price pressure will be alleviated by the organisations of retail trade, at least for the low-income population. Having received the goods at increased prices, retailers will be forced to raise sales prices to maintain profitability. However, the previous prices will be maintained for essential goods, while prices for delicacies, expensive food products, alcoholic beverages and tobacco will be increased to compensate for losses.

Other negative factors for the population are the rise in petrol prices, an expected rise in the cost of communal services, possible increase in duties on foreign Internet goods, and the growth of taxes on self-employed. These events could have triggered a decline in consumer confidence, but, in fact, had very little impact on the survey results. Assessment of respondents either repeated the values of the previous quarter or showed minimal fluctuations.

The World Cup did not effect on consumer sentiment, although it contributed by temporary increasing employment and consumer activity, stimulating trade flows and delivery of services, as well as generating great enthusiasm, especially given the relative success of the Russian national team.

Basically, the real economic situation in the country does not imply a sharp shift in consumers sentiment. There is still a steady, though low, economic growth, consumer inflation is still low, prices for hydrocarbons and the national currency show weakly positive movement. The real disposable income of the population continues growing, but in May this figure increased only by 0.3% in comparison with the May 2017, which, of course, is not enough for an accentuated rise in consumer sentiment.

*In the information and analytical material ‘Consumer Sentiment of the Russian Population in the second quarter of 2018’ is based on the results of the quarterly survey conducted by Rosstat in all regions of the Russian Federation (more than 5 thousand people aged 16 and above living in private households).

Keywords
IQCentre for Business Tendencies Studiesconsumer expectationsincome
About
IQ: Research and Education Website, Institute for Statistical Studies and Economics of Knowledge
About persons 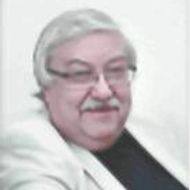