Filmmakers find inspiration in many different professions: we frequently watch movies about politicians, lawyers, journalists, doctors, artists, writers, musicians… not to mention members of law enforcement agencies. Many scientists believe their work is fascinating, but would it make a gripping story?

Every year the world’s cinema adds something to the shelf where feature films about scientists are kept. It might be about time to conduct a study 'The image of scientist in popular culture'. The image should be a flattering one: scientists in movies are either villains, heroes, or geniuses. The only problem is, stories about saving the world and being a genius have very little in common with researchers’ everyday life. To mark the World Science Day we made a short list of movies where scientists are portrayed more or less realistically.

A landmark Soviet film about nuclear physicists and the time when scientists really were the heroes of the day. They are quite heroic in the movie too, but still look very much like real ones.

An eight-episode series about a marine scientist. The reviews usually mention the 'love of a lifetime' story, but actually the movie is not about just any woman but about a female scientist — her studies, conflicts in the academia, being a research team leader, and even (just a little bit) about publication strategies.

We live in the world of effective and efficient science these days, and envy the Soviet scientists — the free explorers. However, it turns out that even then they had to account for their working time… This movie is also about heroism in science, but of a different kind — not when you sacrifice your life to conduct an experiment but when you combat plagiarism, or relinquish authorship of a paper.

Though it’s a comedy, professors recommend this movie to beginner social scientists. It’s about applying the participant observation technique; a movie about researchers’ everyday life which becomes anything but routine if the object of study is another human being.

On Being a Scientist (Netherlands, 2016)

An unusual example, a feature film produced by the Leiden University. The plot is a veritable drama built around ethical issues scientists have to face.

By Ekaterina Dyachenko, Researcher at the HSE ISSEK Laboratory for Economics of Innovation 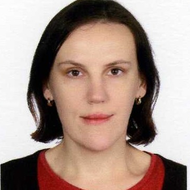