On 12 April, 2019, in the scope of the 'Foresight and STI Policy' symposium (part of the HSE XX April International Academic Conference on Economic and Social Development) a series of events were held to discuss STI cooperation in the Eurasian Economic Union (EAEU).

The current stage of the Eurasian integration requires moving on to the next, more profound stage to increase the value added through supranational cooperation. Science, technology, and innovation cooperation are areas where radically new quality and level of integration can be achieved. Creating 'a territory of innovation', and promoting S&T breakthroughs are among the key EAEU development objectives for the period until 2025.

In the scope of the plenary session 'Creating “a territory of innovation” and promoting S&T breakthroughs in the EAEU' experts from HSE, the Eurasian Economic Commission (EEC), the Eurasian Development Bank (EDB), Russian federal agencies, and representatives of the member states’ business communities and national authorities discussed the prospects and challenges of S&T cooperation in the EAEU, and agreed a relevant strategy should be developed.

Specific tools and mechanisms for interaction are required to step up S&T cooperation in the EAEU framework, along with an adequate legal basis and novel ideas.

Alexander Gotovsky, Deputy Director of the EEC Industrial Policy Department, noted the need to define the scope and mechanisms for the EAEU members’ cooperation in the S&T area; his department was willing to coordinate this work. Technology platforms is the most highly developed such mechanism to date; cooperation is actively strengthening in the scope of the Inter-governmental Space Exploration Programme. Initially integration was seen as cooperation in traditional areas, reducing barriers, etc. however, it turned out that the market was already mature an competition in traditional industries was stiff, while the prospects for innovation cooperation were quite promising. Specific tools and interaction mechanisms are needed to step up S&T cooperation, along with a proper legal basis and novel ideas.

S&T breakthroughs wouldn’t be possible for the EAEU countries without forging a common approach, and producing a strategic document on meeting common challenges.

Knowledge-based economy plays an increasingly important role in international development, while it relies on S&T policy. The EAEU member states share the same priorities in this area, believed Andrei Anikeyev, Deputy Director of the STI Policy Department at the Russian Ministry of Science and Higher Education. Lots of documents were approved on the EAEU level, but this particular sphere is not sufficiently covered; an S&T cooperation matrix should be designed, by merging relevant national-level documents to identify common interests and produce a joint strategy.

Creating a EAEU 'territory of innovation' should be supported by steps aimed at accelerated implementation of the EAEU digital agenda. According to Mikhail Priadilnikov, Deputy Head of Analytical Centre for the RF Government, the EAEU digital agenda is focused on economic and technological development, as opposed to creating common conditions (like in the EU).

'Digitisation is a key tool for strengthening further integration in the EAEU', noted Konstantin Vishnevskiy, Director of the HSE ISSEK Digital Economics Centre. However, the member states’ efforts don’t yet make an adequate contribution to implementing the digital agenda’s potential. Forging a common approach requires an integrated methodology based on best international practices.

As an example of a practical tool for promoting S&T cooperation, a methodology for assessing value chain creation was presented (in input/output terms). Galina Islamova, Deputy Head of Methodology and Analysis Department of the EEC Macroeconomic Policy Department, spoke about relevant international experience, and the EEC objectives and plans to use and develop the tool in the EAEU.

In 2018 Russia proposed to set up an EAEU-level S&T Foresight system; the initiative was supported by most of the member states. Relevant practical next steps were considered in the scope of the round table discussion 'Forming a System of Advanced Science and Technology Foresight in the Eurasian Economic Union'. Alexander Sokolov, Director of the HSE Foresight Centre and Deputy Director of the ISSEK, outlined the short- and long-term objectives of EAEU-level S&T foresight. 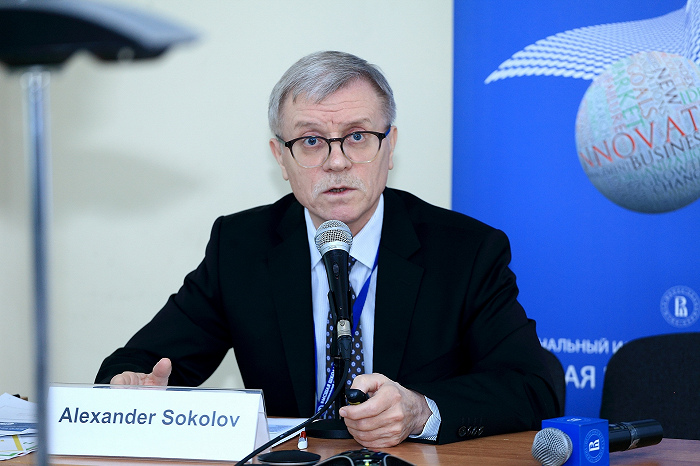 Representatives of the State Service of Intellectual Property and Innovation under the Government of the Kyrgyz Republic noted a number of foresight-related issues, such as certain forecasts being based on classified data. On the whole, the idea to set up an EAEU-level S&T Foresight system was supported by the meeting participants.

Maxim Ivanov, Adviser at the Section of Industrial Policy, Interstate Programs and Projects of the EEC Industrial Policy Department, suggested the EEC-HSE cooperation in the foresight area should be stepped up using the iFORA system, which also could be integrated into the EAEU digital platform. Andrei Anikeyev proposed to establish an integrated EAEU foresight centre and research platform, based on the S&T cooperation matrix.

Nikolai Zenchuk, First Deputy Director (Research) of SO 'BelISA' (the Belarus Republic), shared his country’s foresight experience by presenting the approaches to conducting the Belarus Integrated S&T Foresight Study 2021–2025, and for the period until 2040.

Clusters is an efficient tool for strengthening the EAEU integration, whose potential hasn’t been fully implemented yet.

At the round table discussion 'Interregional and Cluster Cooperation in the Eurasian Economic Union' Polina Shparova, Deputy Head of the Division for Territorial Development Projects of the Russian Ministry of Industry and Trade’s Regional Industrial Policy Department, described the legal basics of regulating clusters’ activities in Russia, and presented the main results: 12 new clusters established in 2018, with 10 more planned to be set up in 2019 extending the total number of covered regions to 38. A new mechanism to provide support to industrial clusters was presented.

Alexandra Kartashova, Head of Innovation Service of the Non-Profit Association 'Kama Innovative Territorial Production Cluster', shared the Innokam cluster’s practical experience and presented the project being implemented by the Russian Open Innovation Centre 'Innoscope' to facilitate emergence of Russian open innovations market on the basis an integrated communication platform to support technological cooperation of the participants in line with the 'from professional to professional' principle. 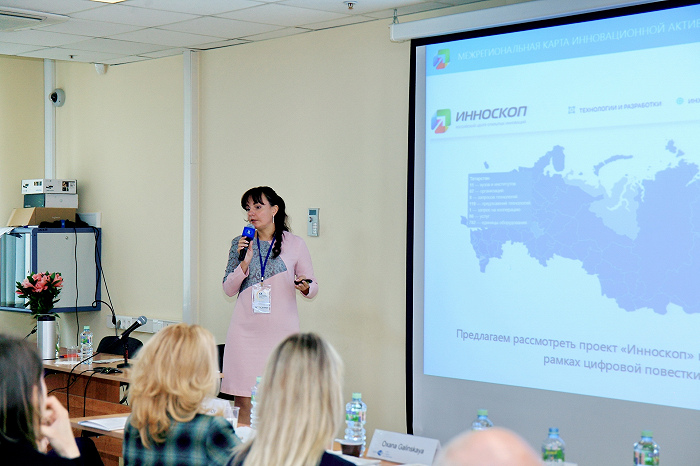 Oksana Galinskaya, Cluster Project Manager at the Cluster Development Centre of Saint Petersburg Technopark OJSC, presented an interesting experience of building international teams to manage the International Clean Technologies Cluster. The cluster organisation heads are annually rotated: in 2019 it’s Norway, while in 2018 it was Russia. The joint project implemented by the Labtech pharmaceutics cluster (the Allied State of Russia and Belorussia) was also mentioned as a potential cluster cooperation model for the EAEU. According to the speaker, businesses would welcome stepping up cooperation in the scope of clusters, so the Eurasian Commission should take steps to promote it.

Vladimir Pereboyev, Area Head at the Eurasian Development Bank’s Integration Studies Centre, noted: 'The EDB does have funds to support projects, but further, more careful work is required here'. The bank is primarily interested in major projects implemented in free economic zones, and in trans-border cooperation. Cluster development, and clusters’ cooperation in frontier zones is a prospective area for the EAEU cooperation; there’s also room for participation of third parties. Clusters contribute to levelling countries’ economic development by creating new growth points; it’s an efficient tool for strengthening integration whose potential hasn’t been fully implemented yet.

The session participants were presented with the report 'Eurasian economic integration: development prospects, and strategic objectives for Russia' (available here in Russian) prepared by leading experts at various HSE branches including the Institute for Statistical Studies and Economics of Knowledge, the Centre for Comprehensive European and International Studies, the Institute of Trade Policy, the Institute for Agrarian Studies, etc.

Based on the session results, the memorandum 'Prospects for setting up “a territory of innovation” and promoting S&T breakthroughs in the EAEU' (in Russian) was produced in the scope of the XX April International Academic Conference on Economic and Social Development.

Photos of the event