Jonathan Linton: ‘If We Are Not Building and Growing, We Are Inevitably Decaying’

Jonathan Linton, Head of the Laboratory for Research in Science and Technology at the Institute for Statistical Studies and Economics of Knowledge at the Higher School of Economics, discusses the qualities managers and innovators need in today’s world in an interview with a Foresight and STI Governance journal. Interview in abbreviated form published on the HSE portal. Read the full version with Professor Linton on the journal’s site.

Jonathan Linton (PhD) is the Editor-in-Chief of the eminent international journal Technovation, Professor at the University of Sheffield (UK), a member of the Editorial Board of the Foresight and STI Governance, and the Head of the Laboratory for Science and Technology Research at HSE. 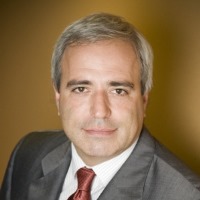 How to Deal with the Unpredictable

We live in a world that is in a state of VUCA — Volatility, Uncertainty, Complexity and Ambiguity. There is increasing interconnectivity in the world resulting in the possibility of sudden and unexpected change throughout the globe as some significant event ripples out across all the other parts of the world. While interconnectivity can tend to make everything more robust and stable, it can have the opposite effect when there is little or no slack in the system and any change can have a tremendous ripple (domino) effect.

For example, in the later summer of 2003 there was a power outage in the USA — I believe it was a small system failure in Ohio. The ripple effect caused a power failure in the Midwest and north eastern United States while at the same time it crossed the border and caused a black-out in Quebec and Ontario.

Organisations like FEMA (the Federal Emergency Management Agency) in the United States and the Red Cross globally have developed procedures, approaches, and routines to quickly respond to unexpected and unpredicted problems. The effective treatment of an unexpected problem can result in tremendous outcomes. After maliciously contaminated Tylenol caused multiple deaths, most analysts felt that the brand would no longer be viable. However, as the manufacturer reacted quickly and skilfully, the issue was recognised as a global problem that could happen to any product that was consumed. The result is that it is much more difficult for all food and medication to be tampered with and Tylenol is still a leading brand of medication.

While we cannot predict and prepare for all possible problems we can develop skills to be able to rapidly respond to sudden events. The oil companies that had conducted VUCA scenario analysis exercises were ready for unexpected events when the oil price skyrocketed at the start of the Gulf War in Iraq. They understood what a sudden price change would do in their favour and against them. Consequently, they were able to take advantage of the opportunities and manage and minimise the damage (fallout) with the aspects that are less favourable.

So preparation for a VUCA world involves: (1) Developing skills for staying calm under pressure so that responses are from the head and not the heart. (2) Thinking exercises regarding what are the positive and negative impacts of various unlikely extreme events so that you are at least somewhat prepared if a surprise arises. (While you are unlikely to be have considered the exact event that occurs unexpectedly, if you have been involved in these sorts of exercises, the results are likely to be helpful in making better decisions faster).

How to Avoid Becoming an Equilibrium Casualty

Improvisation requires keeping more things in motion than a person could normally handle. In order to do so, one must find a way of only having your attention and “hands” on any item at the exact, correct time. Generally, we focus on concrete elements that are critically important for us at the given moment. But improvising with your skills involved something a bit different. What is important is the ability to determine what is most critical at a given moment, when it becomes of secondary importance and applying specific approaches and skills in a timely manner.

This is a question that is very relevant to a VUCA environment. It is a concern that is increasingly present, but little work is done to prepare people for making personal or professional decisions in such an environment.

In Schools of Management and Economics we are still working with the primary assumption of Ceteris Paribus – all other things being equal – and Equilibrium. In such a case, it is appropriate to assume the future will be like the past. Such a simplifying assumption is convenient and quickly invoked in the applied social sciences. However in the natural sciences, it is recognised that there are three possibilities: non-steady-state, steady-state, and equilibrium (the first two being fairly common, and the last one being rare). Our desire to picture equilibrium as the common condition, when it is in fact rare, is a significant problem for decision making and strategy in the field of Business and Management.

In terms of practices, there are a variety of practices that deal with understanding the nature of and mitigating the degree of risk and uncertainty. This returns us to the subject of VUCA, road-mapping, and foresight.

How to Allocate Resources

To avoid decay and death there is a need to continuously grow. As we reach our limits to growth in certain dimensions, we have to be aware that we are approaching a peak and then focus on growth in another dimension. Otherwise, the amount of effort required for continued growth on the same trajectory overpowers us and we start to give up or come apart.

Through growth along multiple different dimensions, one’s ability on any of the given dimensions is enhanced

This is the result of the interdisciplinary nature of most problems and the convergence that we are seeing across many skills, fields, and technologies. Here are two examples of this that are corporate and human, respectively. Chapparal Steel initially focused on R&D to reduce the amount of labour hours required for making a ton of steel. As the labour hours per ton came closer and closer to zero, it was recognised that the cost of improvement was becoming much more expensive per hour of labour saved. A decision was made to change the focus of R&D to reducing the amount of energy to produce a ton of steel. The next change of focus was to optimise the value of by-products. For by-products, one of the discoveries was that slag from steel production could be used as an ingredient for Portland cement. The recognition of an application of this by-product of steel production resulted in slag becoming a product that was sold (to be used to make other products) as opposed to being a waste that was an expense (requiring payment for removal/disposal).

The human example is that one of the ways in which Alzheimer’s disease can be combatted is working on complex intellectual tasks – such as learning a new language. Growing intellectually can protect against diseases associated with decay. In summary, the act of growth renews people and organisations so that they do not decay and/or die.

How to Prepare for Innovations

Innovation is a tool for rejuvenation – if we are not building and growing in some dimensions, we are inevitably decaying. Innovation offers challenges to both the individual and group. The difference is that individuals typically have an easier time seeing themselves as innovative since they decided which innovation to select and which ones to opt out of. Once we get into a group in which the members have different personal affinity for innovation, it becomes apparent how difficult people can be as they dislike innovations that we are comfortable with (and perhaps the opposite is true also – they like innovations that we are uncomfortable with).

The old management sound bite is ‘you need top management support to succeed.’ The reality with innovation or any other change is that a strong determination by any group of participants to undermine anything is often sufficient to ensure failure. (In other words, you need support at the bottom, middle, and top.)

It is not always easy to identify sources of strong resistance to a selected strategic vector. If managers do not involve all divisions of the organisation in the innovation discussion process from the very beginning, this lays the potential to disrupt implementation. Parties that are not involved in the promotion of innovative ideas (albeit not intentionally), can block the process due to the fact that their opinion is ignored.

People dislike change – the more change that is required of individuals, the more difficult it is going to be to succeed with agile transformation

Transformation occurs best when people do not have to adapt their behaviour as part of the change. People will change to reduce risk – where change is required it is most likely to be embraced when the result is reducing risk or discomfort as opposed to the potential of gaining benefit. 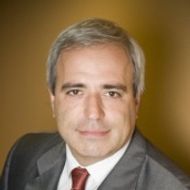