Dr. Sabyasachi Tripathi, from Kolkata, India, is a new research fellow at HSE University. He will be working at the Laboratory for Science and Technology Studies of the Institute for Statistical Studies and Economics of Knowledge. 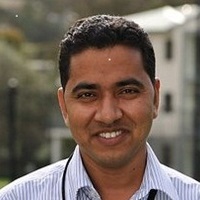 As he explains, he was drawn to HSE by its academic reputation. ‘HSE is one of the fastest growing universities not only in Russia but also in the world in terms of research output. The diversity of its research projects was the main appealing factor for me in applying to HSE. It has world-renowned faculty members and enthusiastic researchers. So to work in HSE will be a great opportunity for me. I have no words to express how much I’m looking forward to my time here. I am just waiting to produce the best research I can once I get there.’

Previously, Dr. Tripathi taught Economics at Adamas University, Kolkata. He received his PhD in Economics from the Institute for Social and Economic Change (at the University of Mysore), in Bangalore in 2013. Before joining Adamas University, he worked as a fellow at the Indian Council for Research on International Economic Relations (ICRIER) in New Delhi.

He has been ranked in the Top 25% Economists in India by the Research Papers in Economics (RePEc) since 2016. He has presented his research at various international and national conferences around the world.

He received the Best Thesis award in 2013 from the Institute for Social and Economic Change, Bangalore. He participated as a Young Economist in the 4th Lindau Meeting of the Winners of the Sveriges Riksbank Prize in Economic Sciences in Memory of Alfred Nobel held in Lindau, Germany.

Dr. Tripathi’s research focuses on urbanization, economic growth, poverty and inequality. During his time at HSE University, he aims to explore the following topics:

‘I am excited to be living in the world's largest country, Russia, which has a rich history and culture. Though I have visited several countries, this is my first visit to Russia. I confess I do not know much about Russian and Russian culture. But I want to become a part of Russian culture by learning Russian and learning about the culture.’