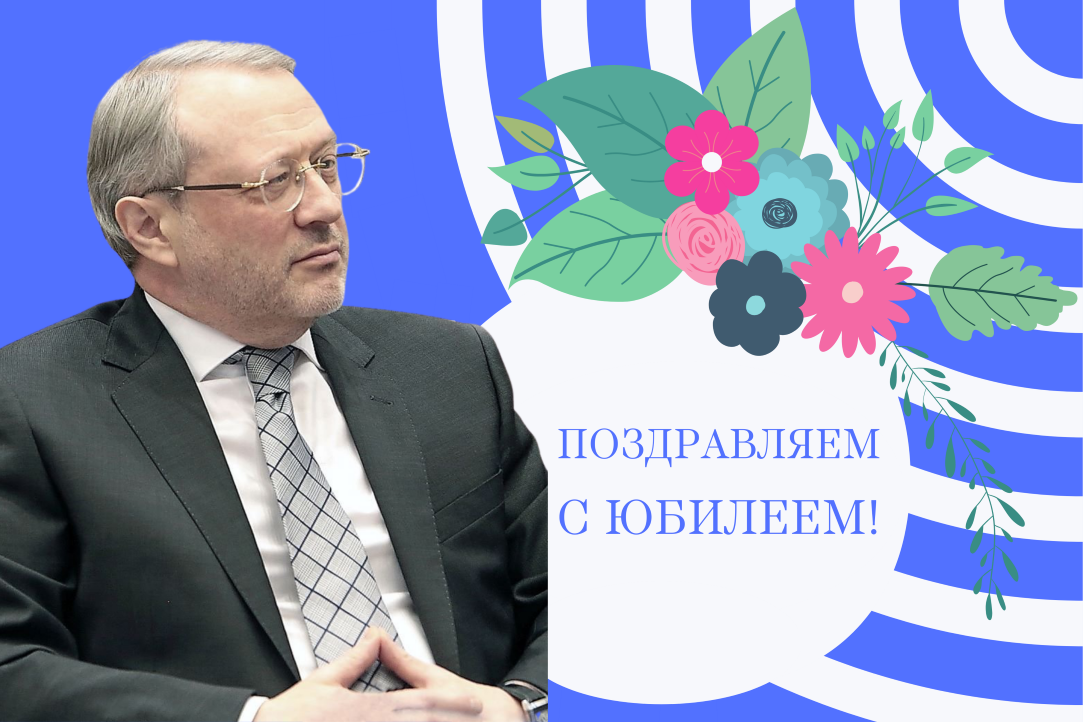 Today we congratulate Leonid Gokhberg, First Vice Rector and Director of the HSE Institute of Statistical Studies and Economics of Knowledge on his anniversary.

In his position as a First Vice Rector of the Higher School of Economics, Leonid Gokhberg has been engaged in developing a system of conducting applied research and managing the biggest research unit in the University — the Institute for Statistical Studies and Economics of Knowledge, recognised as one of the most reputable and high-performance research centres on the national and global levels. It conducts research in the fields of science, technology and innovation policy, statistics and foresight in science, advanced technologies and innovations.

Apart from performing a wide variety of research and administrative tasks in the HSE University, Leonid Gokhberg actively participates and evaluates various areas of scientific and educational policies for the Government of the Russian Federation, specialised ministries and agencies. The results of his research and application of science are sought after by the federal executive bodies that prepare drafts of federal laws, socio-economic development plans or other strategic documents.

As an international expert, Leonid Gokhberg was directly involved in more than 40 international scientific projects under the auspices of OECD, European Commission, Eurostat, UNESCO, UNIDO, World Bank and other organisations; for over 20 years he has been representing Russia in OECD Working Groups (under science and technology indicators and government foresight) and Eurostat (under statistics of science, innovations, knowledge society and education), and belongs to advisory boards of such global think tanks and research collaborations, like for example the Global Innovation Index (WIPO).

Leonid Gokhberg has written over 500 scientific papers, 70 monographs (including 5 of his own) and 12 books for students. He edited over 200 data books. He is the initiator and editor of one of the leading Russian scientific journals Foresight and STI Governance, which became the first scientific HSE publication that entered the Scopus database and Q1, as well as a member of two editorial boards in international scientific journals Foresight (Emerald) and Тechnovation.

Leonid always cares about the professional growth and promotion of his colleagues, always ready to extend a helping hand in difficult situations, he is passionate about passing his vast experience and knowledge to young researchers, including as a research advisor of postgraduate students and a Professor of Master’s Programme ‘Government of Science, Technology and Innovation.’

The ISSEK faculty and staff greatly appreciate his wise leadership and support and wishes Leonid good health, active longevity, prosperity, luck and realisation of all his plans!