“Digital Week” at the OECD

Gulnara Abdrakhmanova, Director of the HSE ISSEK Centre for Statistics and Monitoring of Information Society, and Olga Demidkina, Leading Expert at the OECD-HSE Partnership Centre took part in the OECD Digital Week (15—19 May, Paris). Its focal point was the meeting of the OECD Committee on Digital Economy Policy, which is responsible for a major OECD project “Going Digital”. The participants have also discussed preparation of the Digital Outlook report.

Governments in all countries are struggling with a very complex task of shaping an adequate digital economy policy, to ensure efficient application of new technologies for the benefit of the society while preventing potential risks, primarily associated with privacy and data protection, and people’s security.

The Committee members admitted that taking into account the ongoing development of digital technologies and emergence of new risks a number of the OECD documents should be updated. Members of the working groups discussed possible amendments to earlier OECD documents on the protection of children online, cryptography guidelines, protection of critical information infrastructures, etc. The Committee recommended to reflect this evolution of the OECD approach to digital security from information systems and networks security (in 2002) to managing digital security risks and ensuring economic and social well-being (in 2015). A new trend towards increased regulation in the area was revealed during the session, including various aspects like establishing national regulation agencies, elaborating compulsory requirements to operators of critical infrastructures, or introducing rules for suppliers of digital services. The European Network and Information Systems Security Directive adopted in 2016 (NIS Directive) requires that member states "shall ensure that operators of essential services take appropriate and proportionate technical and organisational measures to manage the risks posed to the security of network and information systems which they use in their operations". The EU countries must adopt necessary legislation no later than May 2018, to ensure compliance with this directive. Certain countries, e.g. France and Germany, have already done so.

Another important topic discussed by the Committee and its working groups was preparing the next issue of the Digital Economy Outlook. Here’s some information about the forthcoming publication, to be released in the autumn of 2017. The report will include a review of digital strategies applied by the OECD member countries; chapters on broadband internet access, Big Data, the Internet of things, labour market trends related to the application of skills and opportunities relevant to the digital economy, artificial intelligence, and other ICT trends.

In 2015 12% of all investments by the OECD member countries were made in digital industries; the relevant figure amounts to 2,6% of their total GDP. The bulk of the investments was made into the development of new software and databases. However available evidence strongly suggests that investing in ICT sector alone is not enough: the efficiency of ICT investment depends on complimentary investment in so called knowledge-based capital (KBC), in particular specific skills, know-how, structural and organisational innovations, and new business models. Such investments would have positive spillover effects to other sectors of the economy even without incurring any additional costs.

The authors of the new Digital Economy Outlook note that flows of data, and data processing serve as key drivers in the sphere ICT investmente. Due to digitalisation flows of data have grown so sharply that more data are being generated every week than in the last millennium. That evidence brings to the fore the Big Data issue as well as data-driven innovations. Preliminary assessments show that use of such innovations can help companies raise their productivity at least by 5-6%, while boosting the efficiency of their assets, and increasing their market value.

The artificial intelligence (AI) issue was also discussed at one of the Committee sessions. Though the AI concept was introduced as early as in the 1960s, its scope still remains rather vague and keeps changing over time, notes the Digital Economy Outlook report. E.g. optical character recognition has now become a routine technology, and is not considered to be an example of AI. Machine learning algorithms can automatically identify complex Big Data patterns: for example, Google’s AI is learning to translate content by processing large numbers of online documents already translated into relevant languages, while the AI of the biggest social network Facebook is learning to identify people on images using the database of the network’s users.

Big Data processing and cloud computing technologies, as well as a break-though in machine learning have dramatically increased the power, availability and impact of AI: e.g. in 2016 an AI program won at the game of Go against one of the best players in the world, though experts predicted it wouldn’t be possible earlier than in ten years period. 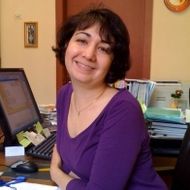 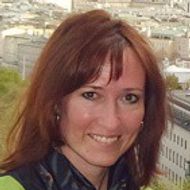