Region 2.0 — Looking for Smart Specialisation in the Era of Global Challenges

On August, 28–29, the 5th International Management Platform named after V. N. Eitingon under the motto ‘Leadership of the future. Knowledge. Skills. Results’ took place in Voronezh. Alexander Chulok, Director of the HSE ISSEK Centre for Science and Technology Foresight, took part in the plenary session and moderated one of the sections.

Management Platform named after V. N. Eitingon is a platform for dialogue between business, universities, government, and exchange of best practices and technologies of effective management.

‘Modern regional development is formed under the influence of a complex of global challenges, including the transition to a new paradigm of production, a radical change in value chains, new requirements for the competence of personnel’, — said Alexander. If Voronezh region wants to become a leader and a centre of attraction of the best specialists and promising businesses, it is necessary to initially focus on global competitiveness, to compare the region not only with the neighbours but also with other regions of the world, initially setting a high bar, the expert said.

Leadership issues continued to be discussed at the session ‘Smart economy’, moderated by Alexander Chulok. The participants — representatives of the company EFKO, OJSC Rostelecom, the Japanese Centre for Development of Trade and Economic Relations — outlined the key trends of digitalization, the best practice of data processing in business processes and public administration. Opinions were divided: ‘we have been there in the era of cybernetics’ — said some experts. ‘Smart economics is not what we expect’, others claimed. The moderator concluded by saying that ‘smart economy’ is the digitalization and cyber-physical systems plus the creativity of man".

Photos provided by the organisers of the Management Platform named after V. N. Eitingon.

Alexander Chulok on foresight methodology and ‘smart’ specialisation of regions 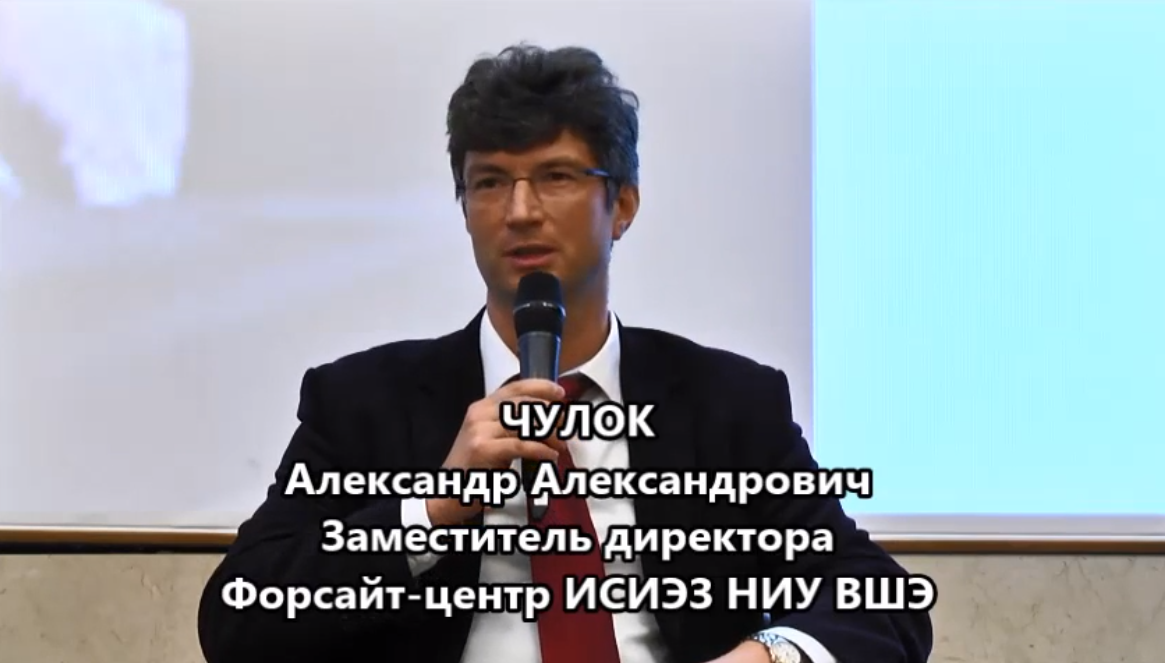 Alexander Chulok: ‘Voronezh region should not compete with its neighbours, but together with them fight for the world market’ (ABIREG.RU, 25.09.2018)