The 2018 FIFA World Cup showed that big data analysis allows to significantly improve traffic flows in a megacity. How to organise nationwide collection of statistical data to build more up-to-date and reliable indicators was discussed at the expert meeting on 28 December hosted by the Higher School of Economics jointly with the Russian Ministry of Economic Development and Rosstat. Pavel Malkov, the new head of the Federal State Statistics Service, and his colleagues presented general approaches to restructuring the service, and discussed with HSE experts the prospects for setting up Digital Analytical Platform which is being designed by Rosstat. The participants agreed that big data will not replace conventional statistics but allow to fill numerous 'white spots' in it.

Opening the meeting, Leonid Gokhberg, HSE First Vice Rector and ISSEK Director congratulated Pavel Malkov with his appointment and promised to provide support, in particular methodological, for the service’s initiatives to optimise statistical observation and improve data collection using advanced digital technologies. He stressed that collaboration with the former head of Rosstat Alexandr Surinov, Professor at the Department of Statistics and Data Analysis of the HSE Faculty of Economic Sciences will continue, since the latter was taking a full-time position at HSE.

Savva Shipov, Deputy RF Minister for Economic Development who moderated the discussion, highlighted the main issues with setting up Digital Analytical Platform. The government is planning to use it as a basis for optimising the state statistics system, to better meet the needs of various user groups and reduce the load on statistical units, i.e. companies and institutions. Unconventional sources are going to play a major role in accomplishing these objectives, in particular big data flows which a number of leading countries are already using to produce and process statistics.

As if to confirm Rosstat’s willingness to make use not just of official but also alternative data sources, such as social media, the new head of the service Pavel Malkov mentioned a Facebook post by Ivan Begtin, an open data expert, noting that many of the steps described there will soon be implemented. A detailed action plan is presented in the scope of Rosstat’s development concept for the next five years. The draft was already submitted to relevant ministries, IT companies and research organisations who are beginning to provide feedback and suggestions; the debates at HSE was the first public discussion of the concept.

Approaches to setting up Digital Analytical Platform were presented in detail by Sergei Egorenko, deputy head of Rosstat. The developers are facing a truly challenging task: adjusting the collection of data in the flows in such a way that on the one hand would significantly reduce the load on the respondents, while on the other allow to meet the growing needs of official statistics’ users, on an ongoing basis, and at the same time increase data quality and accelerate its collection and processing. Possible solutions include switching from paper to streaming data flows which the respondents would remain unaware of. Potentially this would reduce the statistical observations field.

After the presentation of the platform the meeting participants had numerous questions to Sergei Egorenko. E.g. how his service was going to set up electronic data collection? What were the plans to automate statistical reporting to the maximum possible extent? Were there any plans to integrate the body of national projects’ target indicators into Digital Analytical Platform, to monitor their implementation? The latter question (asked by Timur Bronitskiy, Director of the RF Ministry of Science and Higher Education’s Monitoring, Analysis and Forecasting Department) was answered positively; Sergei Egorenko noted that until the end of January the methodology for monitoring national projects would be updated.

Evgeniy Grigoriev, acting Head of the National Statistical Data Management System Department, spoke about Rosstat’s approaches to drafting the new Federal Statistical Work Plan. After his presentation the participants wanted to know how Rosstat intended to set indicators’ priority, and determine which of them had the highest demand – since producing each indicator implies a significant load on respondents, a lot of work for data collectors and analysts, and (not always justified) federal budget expenditures.

Elena Nechaeva, Director of the ISSEK Centre for Processing Social and Economic Information, suggested the Rosstat team raise their planning horizon and start using indicators demand for which is steadily growing. First Vice Rector Leonid Gokhberg supported the idea about the need to adopt predictive indicators which would help build a broad model of the country’s socio-economic development.

In the third presentation Georgiy Oksenoit, deputy head of Rosstat, spoke about how big data was already being used to improve statistics. On a number of examples including the FIFA World Cup and the pilot general census he demonstrated how results of conventional statistical observations were matched with big data collected by mobile network operators.

The round table discussion was attended by members of HSE, Rosstat, the RF Ministry of Economic Development, Ministry of Digital Development, Communications and Mass Media, Ministry of Science and Higher Education, Analytical Centre Under the RF Government, the RF Accounts Chamber, Rostelecom PJSC and other organisations. As Leonid Gokhberg joked in his closing remarks, 'only true enthusiasts of statistics' would go to a meeting on a Friday evening before New Year’s Eve.

Here are some comments by the participants of the holiday eve debates, made during it and afterwards: 'Rosstat presentations became more interesting, and even include a bit of self-criticism'; 'For the first time the service seems to be willing to engage in a dialogue with the professional community at all stages of developing statistical indicators, from methodological approaches to data collection'.

In the new year Rosstat intends to continue expert discussion about setting up Digital Analytical Platform, and extend the number of its participants. In its turn HSE is willing to act as a competence centre for developing big data and statistical observation methodology, noted Leonid Gokhberg.

Approaches to setting up a national data management system were also discussed at the HSE XIX April Conference, where the report 'Advanced Model of State Statistics in the Digital Era' was presented at the plenary session. 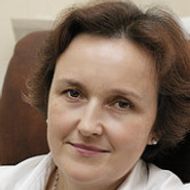 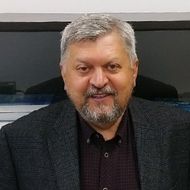