Evgeniy Kutsenko: 'Smart Regions Can Only Exist in a Unified System of Coordinates'

Jointly with Valeriya Vlasova, Evgeniy Kutsenko presented the report 'Cluster Subsidising in Russia: the Role of Reputation'. Ekaterina Streltsova also took part in the conference, with the report 'The Technological Capabilities of Cities: a Patent-based Approach and the Implications for Evidence-based Policy-making', prepared jointly with Gleb Kuzmin. 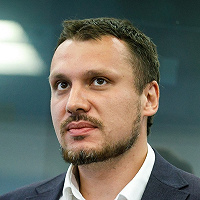 Last week the annual Regional Research Association (RSA) conference took place in the Spanish Santiago de Compostela. Traditionally, it had a two-track agenda covering political and research issues, though they haven’t always been clearly separated from each other.

The main political topic was advancing transboundary cooperation of regions, primarily in the European Union context, since the EU authorities are particularly concerned with 'erasing' national borders. The choice of this topic had a lot to do with Galicia’s border status (Santiago de Compostela is its capital city). Not one but several plenary sessions were devoted to this topic. Note that special financial measures to support this kind of cooperation were implemented in the EU for quite some time now; also, the European Commission orders a lot of analytical studies whose results find their way into a variety of reports and academic publications (which is useful to many other people apart from European officials). At the same time the European Commission intends to strengthen non-financial support measures, in particular create a common system of services uniting border regions. The initiative to make it possible for border regions use legislation of the neighbouring countries was a complete surprise for me was. This is exactly the approach adopted by the International Medical Cluster (IMC) and technological valleys (ISTC). With the proviso that the IMC may apply regimes of any of the OECD countries the clinics come from. Since there will be many clinics, the territory is likely to turn into a unique testing ground for testing various standards and protocols, without analogues anywhere in the world. In the ISTC, for the time being it is only possible to apply the EAEU countries’ regimes, which, as it turned out, is very close to the logic of the European Commission's initiative. Why don’t we promote this topic as a specific priority for border regions? And suggest that the neighbouring countries – partners in the EAEU offer a similar opportunity to their companies?

The presentation by the colleague from Galicia — the region where the conference took place located at the border with Portugal, allowed to take a look at the issue from the other side. Due to the powerful support of transboundary projects the European Commission has been providing for a long time, cooperation between regions in different countries occasionally takes precedence over internal cooperation. Galician officials, business people and universities find it more profitable to cooperate with Portuguese border regions than with Castile to the east. Such internal dissociation is particularly common in countries with a high degree of regional decentralisation, and Spain is a prime example of those. The speaker suggested adopting special tools to promote interregional projects at the national level. Actually, we proposed the same thing for Russia as well.

The second most popular political topic was smart specialisation. For many years this word combination was the first to spring to mind when the conversation turned to European regions in the context of innovation. To me, reports criticising or making fun of this concept were the most interesting ones; as they say, no good idea cannot be ruined by bad implementation. If not everybody, someone will always manage to 'stand out' (immediately prompting a debate that the idea was bad in the first place). I seem to recall we argued that smart specialisation wasn’t so much a characteristic of regional strategy as a parameter of the whole system. You need a unified system of coordinates to be smart, which should be applied to identify, prove, and confirm uniqueness of a strategic decision. Therefore it’s important for national/supranational authorities to take a lead and act in a clear manner, all the way to digitising methodology and providing strong organisational and expert support. As was shown in a presentation at the conference which has analysed hundreds of regions and their priorities (44 slides with figures, tables, and graphs), Europe hasn’t fully implemented such a framework yet, despite having a specialised centre – the smart specialisation platform. Regions still set a lot of identical priorities, while the idea of peer-reviewed strategies I liked so much largely remains on paper. I fear our initial approach, which seemed to be exceedingly tough (having specialisation industries for each region approved in the Spatial Development Strategy of the Russian Federation) might subsequently be balanced by carelessness and inconsistency during coordination with other regional projects and support measures.

A few other presentations I found interesting: organisational solutions applied by regional and city authorities to promote emergence of new industries (various case studies such as artificial intelligence in Montreal, drones in Galicia, offshore mechatronics in Norway, the internet of things in Toulouse); a detailed analysis of Japanese (!!!) city authorities’ R&D funding practices (even countries as tightly centralised as that are taking serious steps towards decentralisation), which covered 151 subsidy programmes in 131 cities and towns; development of creative industries; assessment of the tourist sector as a factor making regions more resistant to crisis shocks.

Several cross-cutting sessions were devoted to rural regions, i.e. backward and weak ones (not necessarily agricultural, just not very urbanised): scope for innovation development in this context was considered, along with possible innovation policies, smart specialisation practices, responses to digitisation, and programmed (as it’s called in Russia) 'contraction' of cities.

Presentations based on unusual data dominated the research agenda. First of all (and this is what I envy most) it’s enterprise-level data which, with a varying degree of anonymity (depending on the national legislation) is available in many countries. The conference presentations covered Germany, the UK (London), France, Switzerland, Norway, and Japan. In a number of cases it was administrative (not published) data, but it was still available for research purposes, albeit with certain provisos. The amount of such data is growing, and it opens radically different opportunities for research, including spatial one.

Specific examples include border area studies (the author of a presentation identified them not on the basis of administrative borders, but according to distance to the border: 30, 60, or 90 minutes’ travel), or city-level analysis (e.g. mapping city companies by activity type.)

Another branch of such research involves big data mining using sources such as social networks and platforms (LinkedIn, Twitter, and Airbnb). It’s interesting to identify links between organisations by studying work histories of their staff through their LinkedIn profiles, isn’t it?

Mercedes Delgado provided another example of using unique data to obtain a research edge — Michael Porter’s co-author in his quantitative studies of trading industries, including clusters. An advanced industry classification (NAICS), the availability of data (and people who produce it) about the most diversified and advanced economy in the world (which serves as a model for studying links between industries), and data about input-output balance give an edge to Americans. The latter factor served as the basis of Mercedes’s new research agenda, ambitiously titled 'Supply chain economy'. Without going into much detail (particularly since the results are being gradually published) I’ll just mention the key idea: the important thing is to support and promote industries in the supply chain, production and services alike. The latter deserve even more attention since they’re beginning to play a key role in defining competitiveness of end product manufacturers (blockchain, AI, cloud services, etc.). Mercedes identified such industries and demonstrated their major contribution to the US economy (employment at 43%, wages at $65.8 thousand vs $38.8 in B2C industries, share of workers with STEM education at 10.7% vs 1,9%, share of patent applications at 87%). We’ll certainly make the same calculations for Russia. To supplement the already available estimates for trading industries and clusters we’ve prepared using a more advanced methodology developed by the European Cluster Observatory (if interested, see our paper in the May issue of the 'Voprosy Ekonomiki' where we compare our results with specialisation industries approved in the Russian Spatial Development Strategy).

Patents is one of the few data sources (just about the only other one is publications) which provide data about specific organisations and individuals in many countries including Russia. Accordingly, their place in the international regional research agenda is inviolable. So it gives me particular pleasure to say that our Institute (in this case represented by Ekaterina Streltsova) had a chance to analyse this data for Russia. Her study of technological specialisation of Russian cities hopefully will soon be published, and become available for broad discussion.

At the other end of the spectrum of research presented at the conference was a blend of regional studies and economic history. It turns out there are quite a few people interested in both regions and history. I must confess I’m one of them. There’s an RSA international research team studying this topic; the working title is Regional History. Essentially it’s a mix of history, sociology (interviews), regional studies (focus on economy, identifying patterns, building typologies), and public administration (policy evaluation, drafting recommendations).

There would be demand for interdisciplinary regional (or as a variety, cluster) studies in the 'challenge – response' format, with general conclusions and policy recommendations, in Russia too, by several groups of customers: students, researchers, and people responsible for policy implementation. What’s important here is to make sure the study is not reduced to a shallow review of 'best practices' which happen to be in fashion at the moment. A solid methodology is in order. With compulsory publication of results in English. Pity that to most researchers and practitioners Russian regions still remain terra incognita. But the only way to change this is by offering ideas and solutions relevant for the international agenda, which can be implemented in other countries. If you’re interested in research partnership, please contact us at the RCO, and we’ll see what practical steps we can take.

Other interesting topics discussed at the conference included: effect of diversification over regional economic growth; studying universities and large corporations in the regional development context; interaction with SMEs and suppliers (no less than three presentations were devoted to the aerospace industry)… and much more. It was good to be there. 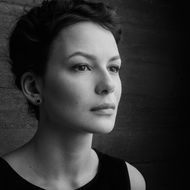 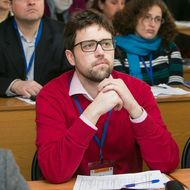