The Attractiveness of Academic Career in Russia

The new issue of the HSE ISSEK newsletter 'Science, Technology and Innovation' presents statistics on the growth of the number of researchers in Russia, the share of graduates hired by R&D organisations, and the growth of R&D personnel’s average monthly salaries during the previous 15 years.

The steps taken in recent years to attract young talent into the S&T sphere and make sure they keep on working there, including providing special support to young doctorate holders, contributed to a growth of this cohort, in both absolute and relative terms.

At the same time, social expectations of a research career remain less than optimistic. According to the 'Monitoring of education markets and organizations' study commissioned to HSE by the Ministry of Education and Science of the Russian Federation, most of full-time university students (58%) intend to work in the commercial sector. About 15% plan to pursue a career in the civil service, 17% in the public sector, and only one tenth is interested in a career in science. A public opinion poll conducted by HSE in the scope of the 'Monitoring Survey of Innovative Behavior of the Population' study revealed that only about a third of Russians (32%) believe becoming a scientist would be a good career choice for their children.

The above trends are supported by official statistics. The share of university graduates who opt for a career in science remains low: in 2017 it was under 1%, and taking into account their actual research positions it’s even less, at 0,7%.

The low appeal of a career in science is due to the stereotype ideas about research work. According to ISSEK studies, a majority of Russians believe scientists to be altruists who help accomplish difficult objectives (80%) and work for the greater good of humanity (72%). At the same time, about half of the population think research work is boring (53%). E.g. every second respondent believed scientists had no fun (50%), and no interests in life other than their work (45%). A significant share of Russians (42%) believe scientists are paid less than members of other professions for the same amount of work. Meanwhile, according to the Rosstat, the average salary of R&D personnel in 2017 was 24,7% higher than the average wage in the overall economy.

Sources: calculated by HSE ISSEK on Rosstat data; Monitoring Survey of Innovative Behavior of the Population; Monitoring of education markets and organizations; results of the project 'Expert assessment of Certain Areas of the Science and Education Policy Based on Analysis of International Experience and Empirical Data'.

By Tatyana Ratay and Alena Nefedova

Previous issue: 'Innovation in Russia: Dynamics of the Key Indicators' (in Russian)

All 'Science, Technology and Innovation' and 'Digital Economy' newsletters 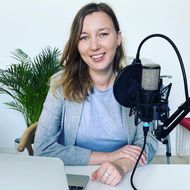 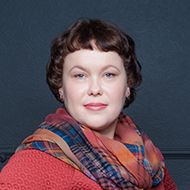