Kazan won the right to host the 23rd annual TCI Global Conference in October, 2020. The Higher School of Economics took part in preparing the application to organise one of the largest international cluster policy events. The TCI Global Conference-2020 motto will be 'Partnership for cluster development: building the future'. 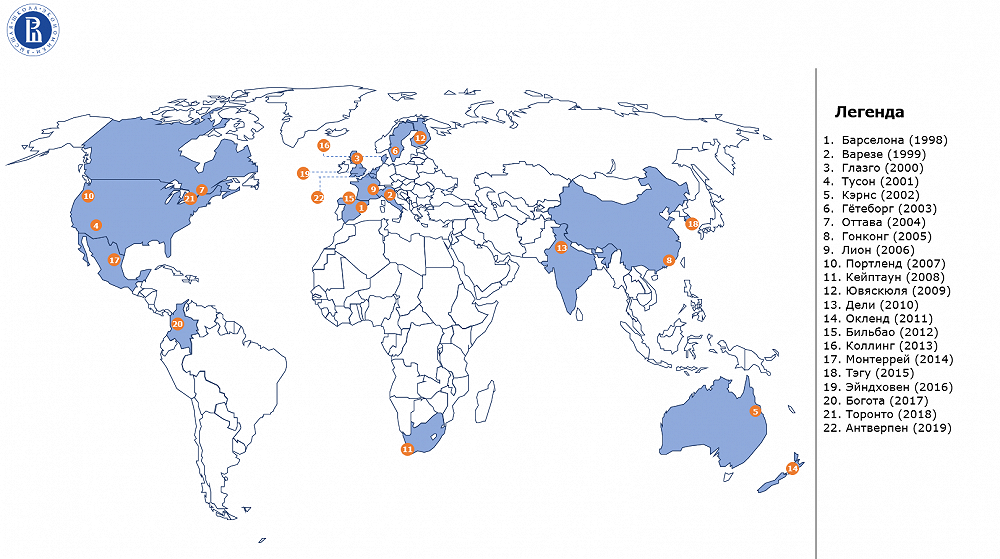 Since 1998, the global network of cluster, innovation, and competitiveness practitioners TCI Network annually organises TCI Global Conferences; cities in countries pursuing an active cluster agenda provide a venue. The three-day conference programme traditionally includes cluster tours; a congress with presentations by leading cluster organisations, regional institutions responsible for promoting competitiveness, and developers of innovation and cluster policies; and an academic component with debates and project workshops. Global TCI conferences annually gather up to 1,000 participants from European, Asian, and American countries. In 2019 the TCI Global Conference will take place in Antwerp (Belgium) on 8–10 October.

The Higher School of Economics is a TCI Network member since 2012 — the year when the Russian Cluster Observatory (RCO) was established at the HSE Institute for Statistical Studies and Economics of Knowledge.

E.g. in 2016 the RCO helped organise participation of an official Russian delegation in the 19th TCI Global Conference in Eindhoven (the Netherlands), headed by Andrei Shadrin, Director of Strategic Development and Innovation Department of the Russian Ministry of Economic Development. In an exclusive interview Frank Eetgerink, head of the TCI Global Conference-2016 organisational team, told the RCO how the conference programme was put together.

In 2019 HSE experts became involved in preparing the INNOKAM Association’s and the Investment Development Agency of the Republic of Tatarstan’s application to host the TCI Global Conference-2020 in Kazan. HSE also submitted to the TCI Network Secretariat its official agreement to act as knowledge partner of the future conference, provide support for development of the programme and help with inviting speakers.

Hosting an event of this level in Russia will extend the scope of international academic and business cooperation and provide an opportunity to learn best practices in areas such as increasing regional competitiveness, supporting cluster development and promoting innovation.