Digitalization of the Whole Country 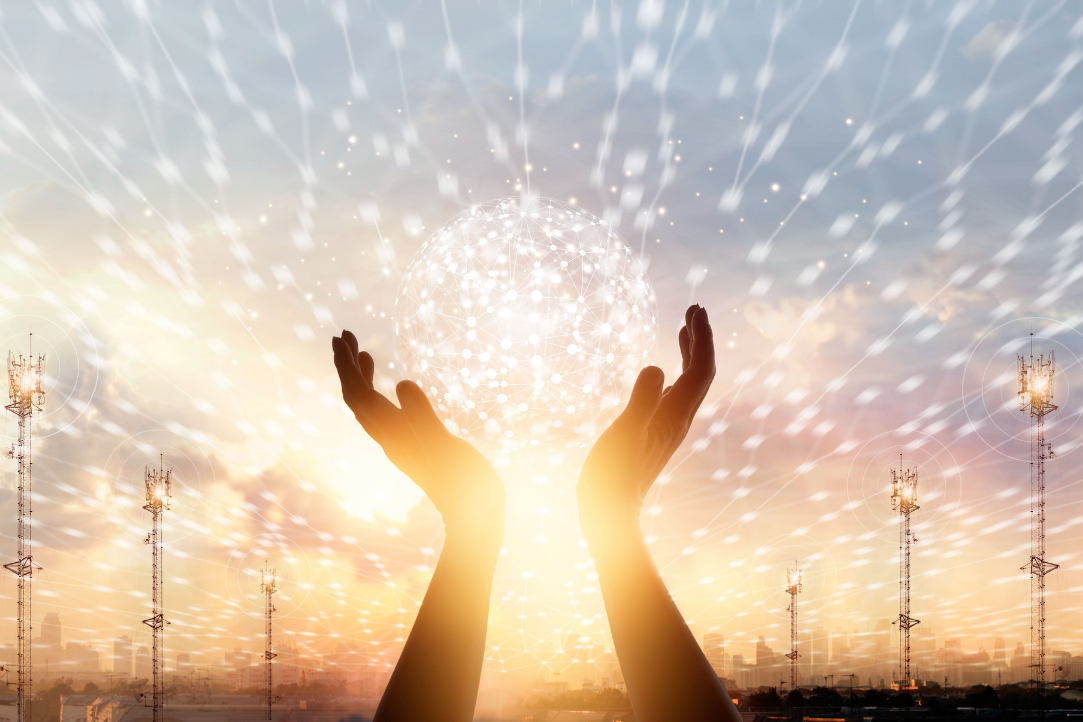 Can we really say that digitalization has affected everyone and every aspect of people’s lives? Leonid Gokhberg, First Vice Rector, Director of the Institute of Statistical Studies and Economics of Knowledge (ISSEK), has shared his opinion on this matter, referring to official statistics and sociologic surveys done by HSE University.

Nowadays, individuals invest into the digital economy nearly as much as companies do. Digital technology accounted for 40% of households’ expenditures as far back as 2019, before the pandemic. Last year, even more Russian people joined the digital world because many processes had shifted online. Meanwhile, this revealed certain aspects of digital inequality.

According to the most recent official statistics, three quarters (76.9%) of Russian households had access to the Internet in 2019. By comparison, the International Telecommunication Unit says that the Internet is available for over half of the world’s population (53.6%). This is 86.6% of the adults in developed countries and 47% in countries of emerging markets.

The majority of Russian users go online on a daily basis. Their number has almost doubled over the past decade (from 26% in 2010 to 72.6% in 2019). Notably, most Internet newcomers are people of senior age. South Korea is the country that has been able to provide access to almost each of its citizens (99%), closely followed by Great Britain, Germany, Finland, and Sweden (94–96%).

‘Mobilization’ of the Internet has been an important trend over the last five years. Thanks to lower costs of mobile Internet compared to the cable one and an increasingly wide spread of gadgets, over half (59.2%) of Russian adults can access the web outside home or office using smartphones (versus 37.6% in 2015). This percentage is even higher with younger people both living in the city (over 87%) and in rural areas (73%).

Russian regions demonstrate heavy disproportions in the level of telecommunications and use of computer information technology. For example, broadband Internet expansion varies significantly, even though the International Telecommunication Unit emphasizes that this type of Internet connection is one of the most essential elements of national infrastructure in the 21st century on par with the transportation, energy, and water infrastructure systems.

Regions with a predominantly rural population differ significantly in terms of using broadband compared to other Russian areas. In 2019, there were only 1.5 and 3.2 fixed broadband subscribers (FBS) out of 100 people in the Republic of Ingushetia and in the Republic of Dagestan, respectively, versus 37.5 in the Novosibirsk Region and 22.3 nationwide.

There is a direct correlation between integration of population into digital economy, their using of new technologies and mastering digital skills and people’s age and place of residence. In 2019, 68% of Russians had access to the web  in rural areas. However, 18.8% of them had never used the net, which is nearly twice as much as the number of non-users (9%) among urban dwellers. Overall, one in ten Russians has never used the Internet (11.4%), primarily for subjective reasons: lack of interest, need, or relevant skills. 91% of the population who do not use the Internet are people of 50+ age group.

Over many years, Russian adults have been surfing the net mainly because they want to communicate and participate in social media. In 2019, social media attracted 76.7% of Russians aged 15 to 74. The second most important aim is the need to search for information, from goods and services (56.5%), entertainment content (47.6%) to training courses (9.8%) and distance learning (3.4%). Every second Russian (51.6%) had learned to use internet banking even before the pandemic.

The widespread use of digital entertainment is closely connected with availability of high-speed Internet and powerful computers, which is why children in cities play computer games and watch films much more often than rural children (80.9% vs 72.7%). Homework and school projects appeared to be the most frequent reasons for rural children to use computers (78.4%) and second key reason with urban children (78.7%).

Before the pandemic, digital technologies were seen as one of possible technical solutions to facilitate our life in physical reality. However, in 2020, they turned into our alternative reality, where we did most of our everyday routine chores.

In November 2020, HSE ISSEK conducted an online survey among adult Internet users. The survey aimed to analyze fluctuation in consumer behaviour of Internet users and evaluate the effects of people’s ‘forced’ (and urgent) digitalization. The survey demonstrates significant impact of the pandemic on Russians’ involvement into the digital environment.

In 2020, 76% of the respondents began using digital tools to solve many—although far from all—of their everyday problems. Most significantly, the forced digitalization influenced consumption of information and entertainment content (games, films, series, music, etc), interpersonal communication, and training services. The growth in internet use for these activities varies in the range of 37 to 43 percentage points, i.e., it was precisely during social isolation that over a third of consumers used the relevant online services more frequently. However, as mentioned above, Russians had surfed the net mainly to communicate even before the pandemic.

The November survey demonstrates that digital practices became more popular at the time of self-isolation and may defeat traditional approaches in the future. The highest digitalization index (over 70 percentage points) is recorded with practices such as searching for information, using public services, selling goods, and consuming entertainment content. The lowest index (31—32 percentage points) is with applying for digital medical services and doing sports/dancing. However, in relative terms (difference between the actual level of digitalization and growing use of gadgets), the process of shifting these practices online was more intensive. The same situation was seen in private business activities, creative pastimes, and hobbies.

The respondents used both online and offline formats in about 3 out of 24 social practices analyzed during the survey. One of these practices is purchasing goods and services.  The digitalization index of this business activity (53 percentage points) shows that Russians continued going to traditional shops, in addition to online shopping (practiced by 74% of the respondents in 2020). Just over a third (35.7%) of Russians were willing to buy things on the Internet in the pre-COVID 2019, compared to an average 63% in the EU.

Despite rapid transition of business to an online setting, quite a few types of work could not be done remotely: a vast majority of the employed respondents (70%) worked in the office in 2020. Although every second of the employed respondent (44%) used the Internet to some extent for work, they usually performed their main duties in the offline format. The Russian Ministry of Labour estimates that nearly 6 billion Russians (11% of the employed people in the country) shifted online during the pandemic, but only 5% of them will be able to continue working in this format in the future.

Having been tested during the period of social isolation, the Internet-based practices will definitely improve the overall level of digital skills, which was assessed as one of the least developed skills in Russia as far back as in the pre-pandemic 2019, compared to the level of similar skills of most Europeans. Of course, it would have been much better if we could have achieved this in entirely difference circumstances and by applying more gentle stimuli, but digital economy have been growing rampantly for a long time, and online practices will undoubtedly continue to expand in this new reality. There is every reason to believe that further digitalization may give rise to new factors of digital inequality, primarily in individual practices and different level of digital skills.

Even today, depending on their computer skills and access to the global web across the country, people have (or maybe not?) access to better quality education, medicine, and pastimes; an opportunity to buy food online at lower prices etc. It is hardly possible to eradicate factors of digital inequality just by providing internet access to everyone—comprehensive solutions are required to support consumers’ demand for digital services and arrange extensive training in digital skills.

Self-education As a Challenge

The period of social isolation forced many Russians to reconsider their professional plans, make a sober estimate of their competencies in light of the new reality, and learn new skills by attending various training courses. The survey shows that around a third (36%) of Russians practiced self-education in 2019. Among the internet users this share reached 44%.

Not only did the pandemic intensify the frequency of using online services, but it also instigated the growth of digital literacy. Last year, for instance, every third internet user (34%) learned new digital skills, while nearly every second (48%) is planning to study something new.

Apparently, the positive effects of the forced digitalization 2020 include more extensive practicing of self-education among various groups of society, growing digital literacy, and improving the overall level of the national human capital in the future.

The Institute of Statistical Studies and Economics of Knowledge has been studying trends in development of the Information Society since the beginning of the 2000s. Nearly half of its 20 centres deal with issues of digitalization, using statistics, sociology, big data analysis, and monitoring and foresight research. ISSEK also studies effects of the pandemic on social practices, working in collaboration with the Human Capital Multidisciplinary Research Centre, an internationally recognized research centre founded at HSE University.

This article provides the results of the survey conducted by ISSEK in November 2020 to estimate the integration of Russian people into the digital economy and the possible effects of the pandemic on these processes. A total of 3,000 respondents aged 14+ took part in the survey, which reflects the social and demographic structure of the global web society in Russia.

The article also employs data from another two sources. One of them is the new Digital Economy: 2021, a pocket data book that ISSEK publishes annually in cooperation with the Russian Ministry of Digital Development and Rosstat. The other one is the 4th Edition of the annual analytical reports on trends in development of the Internet in Russia and across the globe, published in cooperation with the Coordination Centre of TLD.RU/РФ.