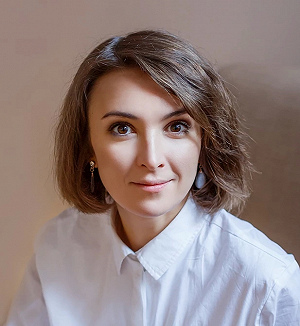 Ekaterina Streltsova of the National Research University Higher School of Economics in Moscow surveyed 600 researchers across Russia before writing a working paper on “the role of research grants for the modern Russian academic community”. Here she discusses what she found.

How are most Russian scientists funded?

They are mostly state funded, with non-competitive funding being predominant. Research grants are becoming another typical funding mechanism. More than 80% of the respondents to my survey had previously applied for grants. Their key motivation for applying is the money: some of them mentioned that research grants are their main source of income.

Did anything surprise you about the success rates of researchers applying for grants?

Why do you think this discrepancy between the universities and RAS exists?

Traditionally, during the Soviet period, universities were generally perceived as teaching-only institutes, with most research taking place at the RAS. After the Soviet Union collapsed at the end of 1991, the situation started to change, and recently the government has introduced a number of quite successful measures to support university science. Now the most central and successful universities, such as my own university, or Moscow State University, carry out both teaching and research. However, some smaller regional universities are still mostly teaching-only institutes because they don't have the time, equipment or funding needed for large-scale research.

What grants are available in Russia?

The research grant landscape is rather limited in Russia because it’s quite young – we’ve only had it since the Soviet Union collapsed. Researchers mostly apply for grants from the two big national research foundations: the Russian Science Foundation, and the Russian Foundation for Fundamental Research. There are some smaller research grants from the governmental sector, but almost nothing from the business sector. So researchers don’t have a vast choice.

Some larger universities and research institutes also have internal grants that provide funding for individual researchers – to support their projects, help to publish their books, and help them attend conferences. However, this is not a common practice, and it is quite a challenge for many institutes to find money in their budgets for these types of activities.

Did any of your respondents mention applying for international grants?

It surprised me that most respondents had never applied for international grants. Basically, when choosing a foundation to apply to, many researchers follow a strategy that I call ‘passive decision-making’. They prefer to apply to the most well-known Russian foundations or the organisations they’ve got grants from before. I think that not knowing the procedures used by foreign foundations might stop them from trying to apply abroad. Poor English – which is still a problem – might be another reason. And finally, they lack partners in other countries. Related to this, about a year and a half ago my institute carried out a large-scale project [in Russian] to analyse best practices for managing science in universities and research institutes. Among many other results, we found that some Russian organisations recruit foreign researchers to get access to research grants abroad, and to have an expert who knows the grant landscape of other countries.

What obligations are researchers under once they’ve received a grant?

You have to produce a certain number of publications every year – even in the first year of funding. One question on my survey was “what recommendations would you give to researchers in order to get grants”. Quite a few respondents said that you have to complete more than half of your project before applying for funding so that you can come up with publications in the first year.

You also have to plan your spending when you apply, and you are obliged to meet these promises. Sometimes you might not spend all of the money you planned for the first year, maybe because a research trip has moved to another year, but then the funding for the second year might be reduced. And sometimes the funding comes quite late. Instead of receiving the money in January, researchers might not get it until the summer. So there are quite a lot of these tiny but very annoying problems.

When researching the grant systems of other countries, did you come across anything you’d like to see introduced to Russia?

There are some ideas I really liked. In Japan they have a category of research funds designed for researchers who have to take a break in their careers, for example women after maternity leave or researchers with disabilities. They reduce the evaluation criteria to help these people to get back into the field. I find this very useful in order to give everyone equal opportunities. In Russia, maternity leave formally lasts for three years and it is difficult to do any research during this period unless you have strong family support and help available. Can you imagine how difficult it is to compete in an academic career after three years out?

The second idea is research grants designed for blue sky research. We don't have this type of grant in Russia. You have a chance to get a grant only if you can guarantee a particular outcome. That is another reason why the respondents to my survey said that you have to have your research project almost done before applying for a grant. But at the same time we know quite a lot of cases in science where unpredicted results have changed everything, for example the development of CRISPR technology. So we have to support research that has non-evident results.