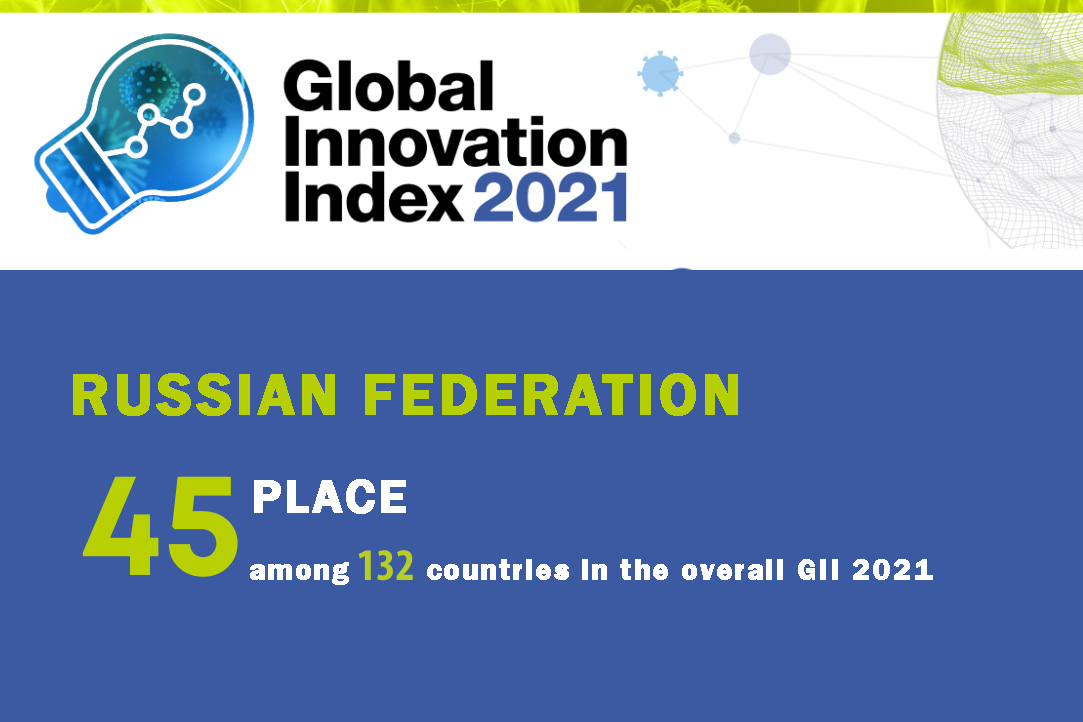 Russia has improved its position in the Global Innovation Index (GII) 2021, ranking 45th among 132 economies and closing the distance to leading countries thanks to better performance in all areas of research, innovation, and creative activities. For the past several years, the Institute for Statistical Studies and Economics of Knowledge (ISSEK) at HSE University has provided advice on the research underlying the index. This year, ISSEK became one of the nine members of the GII Academic Partners Network.

The World Intellectual Property Organization (WIPO) and the Academic Partners Network have published the Global Innovation Index since 2007. The accompanying report to the GII 2021 focuses on ‘Tracking Innovation through the COVID-19 Crisis’. The latest GII was released on September 20, and presents a comparative analysis of innovation systems in 132 countries and their innovation development rankings.

GII 2021 includes 81 indicators grouped into seven pillars for 132 countries. The final ranking is calculated by the average of two sub-indices: The Innovation Input sub-index (institutions, human capital and research, infrastructure, and market and business sophistication) and the Innovation Output sub-index (knowledge and technology outputs, creative outputs).

Russia in the Global Innovation Index 2021

Russia ranks 45th among 132 countries in the overall GII 2021, climbing two positions in the past year. Its position over the last five years remains stable, ranging from 45th to 47th depending on modifications to the ranking process (such as changes in the composition of the countries under analysis, adjustments to ranking methodology, evaluation of a number of indices and accounting for missing values in data, etc). (see Table 1).

Among the countries examined in the ranking that have above-average levels of GDP per capita, Russia ranked 6th (out of 34), and 29th among European countries.

Russia showed positive dynamics in the majority of GII pillars (Fig. 1). For instance, it improved its already high score in human capital (29th in GII 2021 against 30th a year earlier). However, despite making some progress in the ‘Institutions’ pillar (67th place against last year’s 71st), the relative weakness of the field still negatively affects the overall efficiency of Russia’s innovation development. Better scores are demonstrated in the ‘Knowledge and Technology Outputs’ and ‘Creative Outputs’ pillars (+2 and +4, respectively). 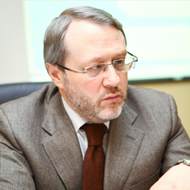 I have been a member of the Advisory Board to the Global Innovation Index for about a decade. As a member of the Board, I see that the index’s methodology is steadily improving and the index is enhancing its profile in the professional community. Our personnel provide methodological support to the project and update the relevant national indicators. They also prepared chapters about Russia for the final analytical reports in 2012, 2014, 2016, and 2017.

In 2021, our institutional partnership was given official status: the HSE Institute for Statistical Studies and Economics of Knowledge became one of the nine members of the Global Innovation Index Academic Network. This will certainly help us strengthen and build on our partnership.

According to GII 2021, Russia is performing better (climbing two positions, from 47th to 45th) and showing potential for future growth. Given the positive shifts that occurred in 2020 in the innovative activity of enterprises, the amount of R&D funding, and the development of corporate science in Russian high-tech fields, alongside optimistic business assessments of activities after the pandemic (see HSE ISSEK express bulletins 215, 214, 213, and 202), it is possible to predict further strengthening of Russia’s position in the ranking. An updated agenda and the country’s new priorities of science, technology, and innovation policy will also contribute to boosting Russia’s innovation performance.

Director, Institute for Statistical Studies and Economics of Knowledge